This is the third post in a series of guest posts from Dave Kahle, author and leading sales educator. In this Lead Management article he discusses creative ways to get a prospect’s attention — before you make that first call. Follow Dave’s latest Tweets at @davekahle. 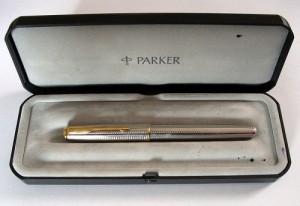 Here’s a situation.  You have created a list of 20 highly qualified prospects.  You’ve researched them, and you know that these 20 people hold your prosperity in their hands.  But they don’t know you, have never spoken to you, and aren’t inclined to drop everything and see you.

How do you get to see them?

You can do what everyone else does.  Send them an email.  Maybe leave a voice mail message.  Then be really frustrated that no one calls back.  Or, you can do something a bit different, and much more creative.

For those highly qualified prospects, think of using a “pre-call touch.”  A pre-call touch is something you deliver to the prospect that says something about you, catches his attention, and makes it more likely that he/she will see you when you call.

Here are two examples of “pre-call touches” from my most recent book, How to Sell Anything to Anyone Anytime.

Now, the problem was to move those highly qualified prospects to interact with the agency.  The experienced team knew that those key people with whom they needed to interact were busy and difficult people to see.  They just wouldn’t respond to the normal channels.  So, they came up with this very creative way of engaging with their prospects.

They sent each of the 100 prospects a box, about the size of a watch box.  It was wrapped in brown paper and contained no return address.  The name and address of the prospect was hand-written in a female hand.  Inside the box was a sugar cube and a small piece of paper, like the size of a fortune cookie message, with the words, “Keep it sweet.”

That was it.  Nothing else.

One week later, those same prospects were sent another box, wrapped and addressed in exactly the same fashion.  This time, it contained a lemon with the message, “Don’t let it go sour.”

Again, nothing else in the box.

On the third week, yet another box, wrapped and packaged identically.  This time, the box contained tinsel foil, like that which you use to decorate a Christmas tree.  The message?  “Make it sparkle.”

Once again, nothing else.

Week four and yet one more box arrived, identical to the others.  This time there was only one thing inside – a business card from the advertising agency sales person, with a self-stick note stuck to it.  On the note was the hand-written message, “I’ll call you tomorrow for an appointment.”

Of the 100 people who received that series of deliveries, every single one of them took the call and made the appointment.  The advertising agency, when faced with the difficult task of engaging the prospect, had developed an effective and creative solution.  They gained their prospect’s attention, they captured their interest, and they prompted them to take action – they took the phone call and made the appointment.  In other words, they engaged the right people!

Here’s another example.  This time, I was on the receiving end of a well done “pre-call touch.”  I was busily typing away on my computer when the FedEx guy walked into my office, put a box down on my desk, and said, “sign here.”  I did.

You know what you do when you get a personally addressed FedEx delivery  — stop everything and open the box.  That’s what I did.  Inside was a  package of microwave popcorn.  Underneath that was a plastic bottle of Diet Pepsi.  Underneath that was a linen envelope with my name hand written in a female’s script.  I opened the envelope.  Inside was an invitation, personally written in the same script.  It said, “Dave, We have researched your company, and concluded that yours is the kind of company who gains the most from our service.  I’d like to invite you to take 30 minutes and watch a webinar as I introduce what we can do for you.  Enjoy the popcorn and soda, and let me do all the work.  I’ll call you this afternoon to confirm.”

I thought to myself, “Not bad.  This probably cost them $30.00 to $40.00.  They wouldn’t have invested that money and time in someone who was not a good prospect.  I probably am right for them.  I’ll take the call.”

This sales person could have sent me an email, and I would have deleted it unopened.  She could have left me a voice mail message, and I would not have returned it.  Instead, she chose to deliver something to me that got my attention and made it much more likely that I would accept her phone call.

Clearly, a “pre-call touch” isn’t for every situation, nor every prospect.  For those high potential, qualified prospects, however, it can be the event that opens the door.

I don’t know what you can use as a “pre-call touch.”  A little creative brainstorming on your part could develop just the right delivery.  Don’t give in to the temptation to send a company brochure (yawn), or just a letter.  Break out of the box and think about what you could deliver that would catch the prospect’s attention, say something about you, and make him more likely to take your call.

It can make all the difference.

Dave Kahle is one of the world’s leading sales educators. He’s written nine books, presented in 47 states and seven countries, and has helped enrich tens of thousands of sales people and transform hundreds of sales organizations.  Sign up for his free weekly Ezine, and visit his blog.  For a limited time, receive $547 of free bonuses with the purchase of his latest book, How to Sell Anything to Anyone Anytime.